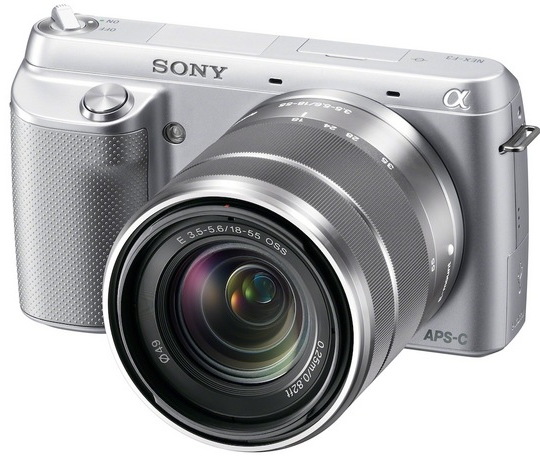 Replacing the popular NEX-C3, Sony has announced the α NEX-F3 entry-level interchangeable lens camera system. The NEX-F3 includes many of the same features of the α37 -- a 16.1 megapixel Exmor APS HD CMOS image sensor, full HD video recording, Superior Auto Mode, Auto Portrait Framing, etc. -- but does so in a much more compact body. In fact, without one of Sony's E-Mount series lenses, the NEX-F3 is nearly pocket-sized.
The two biggest improvements over the C3 are an 18% improvement in battery life as well as a new 3.0-inch180° Tiltable LCD -- great for taking self portraits as well as low and high angle photographs. There's also a handy built-in flash, which remains hidden most of the time and pops up when required. Some might enjoy the Clear Image Zoom function, which effectively doubles your lens' zoom capabilities, but digital zooming is never recommended to ensure the best image quality in your photos. Auto Portrait Framing is a nifty feature, which takes any photo you've taken and, using the classic "rule of thirds" framing, crops your image to create a portrait of any human subject.
Sony α NEX-F3 Features include:
Sony's α NEX-F3 wil hit stores this June (2012) in black, silver, or white in a $600 kit that includes the SEL1855 18-55mm zoom lens. Also, pictured above and below, a brand new SEL18200LE 18-200mm telezoom lens will be available in July for an additional $850.
Additional Product Views: 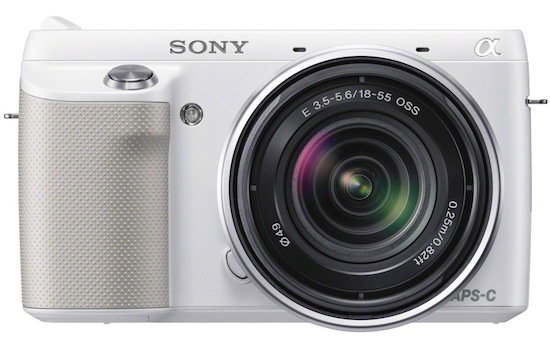