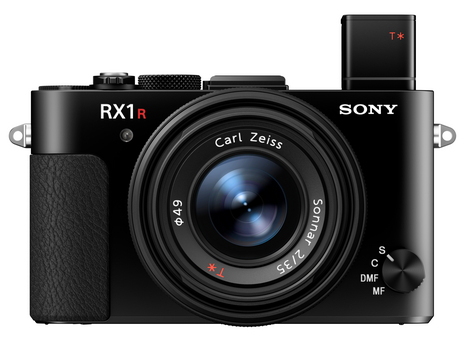 Sony has updated their popular RX-series of powerful Cyber-shot cameras, with the all new RX1R II (model DSC-RX1RMK2). This model builds upon the DSC-RX1R form 2013, with some notable upgrades.

Of these is an all new full frame Exmor CMOS image sensor, which boasts an impressive 42.4-megapixels of resolution. It also includes the world's first "Optical Variable Low Pass Filter", which allows you to manually set the camera's low pass filter to Off (for maximum resolution), Standard (offers high resolution while removing instances of moire and color artifacts), and High (focusing more on removing moire and artifacts). This is a very unique feature that gives photographers much more control over the camera's sensor and sensor output. Like its predecessor, the RX1R II continues the use of a Carl ZEISS Sonnar T* f/2.0 35mm fixed lens, offering a versatile field of view for various types of photography, and plenty of resolving power to compliment the new sensor.

The RX1R II is also the first RX-series camera to feature their Fast Hybrid AF system. This impressive autofocus system offers 399 focal-plane phase detection AF points, that cover approx. 45% of image area. These work in conjunction with 25 contract detection AF points to offer increased AF speed and accuracy. In fact, Sony notes that the RX1R II's new Hybrid AF system is 30% faster than that of its predecessor.

Another new addition over the RX1R is the Mark II's new XGA OLED Tru-Finder EVF, which not only offers amazing resolution at 2.4 million dots, but is retractable and pops up with the push of a button. Sony has even included ZEISS T* coating to the four glass elements of the EVF for increased visibility and clarity. This EVF offers a magnification of 0.74x. You also have the option of framing with a 3.0" WhiteMagic LCD display, which also tilts, and offers 1.2 million dots of resolution.

Lastly, Sony has added built-in Wi-Fi with NFC technology, allowing you to use the RX1R II with your Android or iOS powered smart device. With their free PlayMemories Camera apps, you can share photos with friends or family via social media, or remotely control the camera.