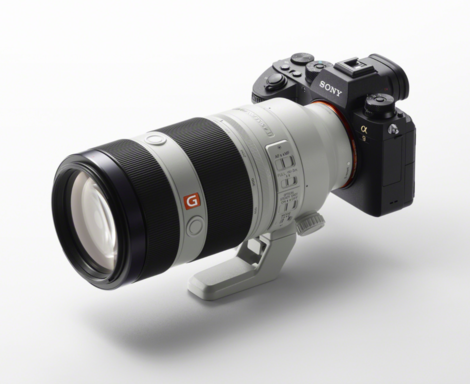 Sony started this morning looking for WOWS and, in announcing their newest full-frame flagship ILC, I think they earned 'em.
The A9 (Alpha 9) boasts the world's first 24.2MP 35mm Full Frame stacked CMOS image sensor, which handles data twenty times faster than previous Sony mirrorless sensors while speed-shaming the competitions' full-frame DSLRs.
(Honestly, in a world where you can get a mirrorless M4/3, APS-C, or Full-Frame camera that's faster, lighter, and more compact that a DSLR, it's hard to argue for mirrored cameras... though DSLRs do have excellent ergonomics)
While we've seen smaller-sensored mirrorless cameras hit astonishing 30 and 60fps high-speed burst shooting, full-frame image sensors are much more limited by the sheer amount of data they produce. The Alpha 9 can rock 20fps full resolution still images for up to 241 RAW images (or 362 JPEGs), which is simply incredible, especially when you factor in the camera's silent modes. No clicks or vibrations or chimes to scare away your subject or announce to the world, "hey, I'm a photographer!"
Along those lines, the Alpha 9 is ultra-compact when compared to other full-frame camera systems -- dramatically so -- all of which translates to being able to travel faster, lighter, and more stealthily depending on your needs. The new Quad-VGA OLED Tru-Finder runs at 120fps and suffers from no blackouts or frozen frames when the shutter is pressed, something not even DSLR optical viewfinders offer.
The Alpha 9 not only shoots fast, but also focuses incredibly quickly thanks to its Fast Hybrid AF system, which pairs phase detection AF and contrast AF. The Alpha 9's going to be 25% faster than the very capable a7R II. It also boasts a whopping 693 AutoFocus points, which cover 93% of the image sensor.
On the video front, the Alpha 9 uses the full width of the image sensor to collect 6K of information, then oversamples it to produce 4K (3840x2160p) footage. You can also opt to shoot in Super 35mm OR Full 1080 HD at up to 120 fps and 100 Mbps for high bitrate, in-camera slow motion. Like many mirrorless bodies, the a9 offers in-camera image stabilizations for up to 5.0 stops of exposure compensation (plus smoother videos).
Lastly, the Alpha 9 features a number of pro-friendly features, including dual media card slots, a new battery with over two-times the charge capacity (an area where Sony has been underperforming for years), a joystick on the rear of the body for selection AF points, and an Ethernet port for covering live events. Sony Imaging has also promised to expand their Pro Support while debuting a new 100-400mm F4.5-5.6 G Master lens (pictured above).
All in all, this is the most capable Sony Alpha Series camera to date, and one of, if not the most, capable full-frame cameras every made. Sony has thrown down the gauntlet for 2017's best camera and we can't wait to get our hands on it.
Key Features
Pricing & Availability
The Sony a9 will be available this May (2017) with a $4,499 MSRP. Pre-orders are available now: