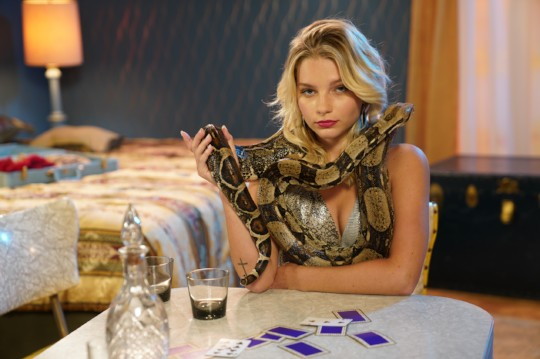 Yesterday, Sony announced its latest mirrorless camera, the A7R IV. Designed to offer the quality of a medium format camera while maintaining the comparatively light and convenient form factor of a full-frame (35mm) Alpha system, the device packs an impressive set of features into a compact mirrorless camera body, and offers a number of impressive upgrades over the already-impressive A7R III. 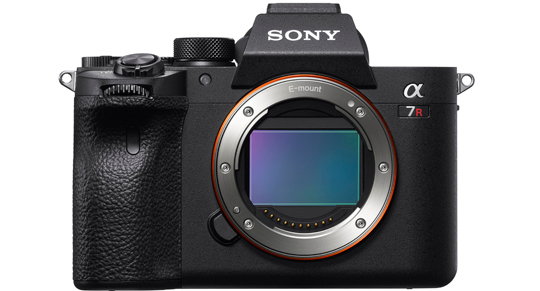 The Mark IV almost looks like a Mark III, but note the larger grip!

Featuring the world's first 61 MP full-frame CMOS image sensor, the new model not only marks the first sensor update for the R series since 2015 but also a welcomed jump for the industry as a whole. Likewise, the device boasts an improved grip, several key design tweaks, 10fps continuous shooting with AF/AE, support for Sony's impressive real-time Eye AF for stills and movies, 4K recording, enhanced productivity and connectivity options, a digital audio interface, and more -- all for an MSRP of $3,499.

NOTE: Sony A7R IV RAW editing is not currently available, so every image in this first look piece is a straight out of the camera .jpg. Outside of mild cropping, images have not been processed.

But while all those bullet points might look impressive on paper, they mean nothing if they can't translate into real-world performance. Thankfully, Sony was kind enough to let us play with a camera using Sony-provided sets, models, and lighting environments. And while a full evaluation will have to wait until we get some more time with the device, the couple of hours we got to spend with the camera so far have certainly left us very impressed.

When it comes to the body itself, the A7R IV's overall form factor is very similar to Sony's previous model, but the company has made a notable improvement to the grip, offering a more secure feel in hand. Likewise, a lock mechanism has also been added to the top Exposure dial, correcting an issue that some users had with accidentally brushing up against and switching it. And as another welcomed upgrade, the camera also now boasts two UHS-II SD card slots. 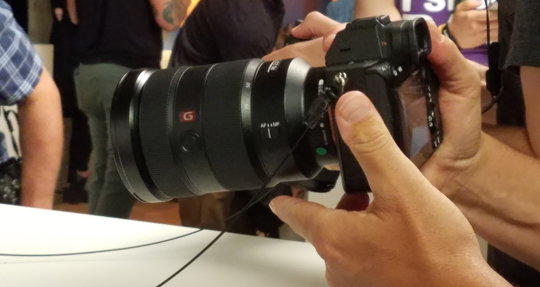 In general, the device felt great to hold in person, with a sturdy but still relatively lightweight form factor. Buttons and dials were responsive and menu navigation was pretty seamless. The 3.0" rear tilting touchscreen LCD also looked quite nice and the newly improved 5.76m-dot resolution UXGA OLED Tru-Finder EVF was simply beautiful to look through.

For demo purposes, three primary sets were offered with cameras tethered to each -- two with more basic backdrops and comparatively standard studio lighting and one with a bedroom setting and a more dramatic, moody lighting scheme. In addition to the human models, there were even some animals added into the mix, including parrots and dogs and snakes… oh my!

And while the studio setting only offered a sample of what the camera can do in a controlled environment, the 61 MP resolution and advanced AF features did not disappoint. 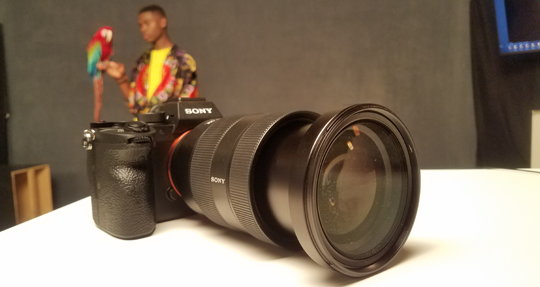 Using the camera's Eye Tracking, auto-focus performance was fantastic, easily capturing a variety of images while regularly maintaining focus points on the human subjects' eyes. A few shots here and there during more intensive movements ended up looking a hair out of focus when reviewing images at full-res after the shoot, but in general, the device's advanced tracking was incredible. 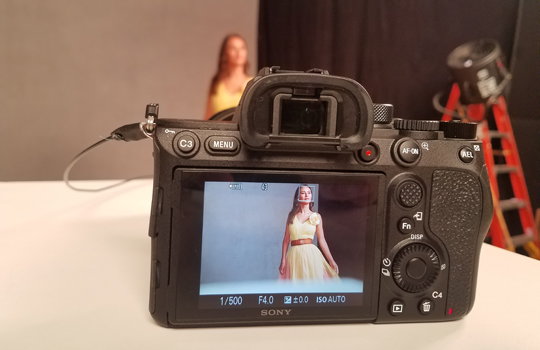 To simulate a less controlled environment, I also took some shots of the models from cameras tethered further away from them at other designated sets, and the Real Time Eye AF and Real Time Tracking automatically honed in on their faces without any issues, even with a mass of journalists' backs and camera equipment consuming most of the foreground and middle-ground of the frame.

Animal Eye Tracking also worked great with the dog, correctly finding focus points on the canine's face while ignoring the human standing next to him. As expected, however, Sony's current implementation of the tech wasn't very effective with the parrot or snake. Instead of focusing on the parrot, the camera typically got confused and found focus on the colorful shirt worn by the model holding the parrot. An update to expand support to more animals beyond dogs and cats is in the works, though, so it's possible a setup like this could be handled better in the future.

Meanwhile, capturing successive shots via the 10fps continuous capture feature worked great, filling my card up with a burst of images. AF and AE tracking also seemed to work quite well when taking continuous images, though it wasn't perfect. Certain stills of subjects in movement could lose focus in a few frames during the burst, but the tracking always did a great job a finding the right focus point again.

Moving onto video recording, I also took a few sample 4K 24fps videos with Real Time Eye AF. During the presentation before the demo, Sony showed a very brief clip of this feature in action, and the blink-and-you'll-miss-it nature of the demonstration had me worrying that the tech might not work as well as one would hope. Based on my time with the camera, however, Eye AF appeared to function really well with video. The focus point automatically held on a subjects' face and stayed with them as they moved around the frame or I panned and moved the camera around. Of course, we'll need more time and other environments, subjects, and situations to really put this to the test, but it's looking like this could be a great new feature for vloggers and videographers.

Finally, outside of the camera's AF features, I also sampled manual focus and selective focus functions. When manually focusing, the device defaults to offering a close-up view of your subject on the screen and viewfinder, making it a bit easier to hone in on their faces. Meanwhile, touching the screen to select specific points to focus on also worked well without any issues.

Finalish Thoughts: Should You Pre-Order One?

Boasting an industry-leading 61 MP sensor, improved design, great AF functionality, and several cool new features, the Sony Sony a7R IV is shaping up to be a very impressive full-frame mirrorless camera option. The body itself felt great and the still photography and video performance were fantastic during my demo time.

Of course, I didn't get a chance to test out all of the camera's features during the event -- so details on the model's digital audio interface, new connectivity and tethering options, pixel shift multi-shoot mode, and more will have to wait until our more in-depth review. And we've yet to play with the more flexible RAW files to judge the camera's full potential.

But based on our initial experience with the camera, we can't wait to see more and we think pros and advanced enthusiasts who need dynamic range and resolution are going to be very impressed. The Sony a7R IV is now available for pre-order via B&H Photo-Video for a current list price of $3,498. Shipments are expected to begin September 12.

Here are a few more sample JPEG shots we took directly from the camera with no alterations. As above, click to see/download the full-resolution file.