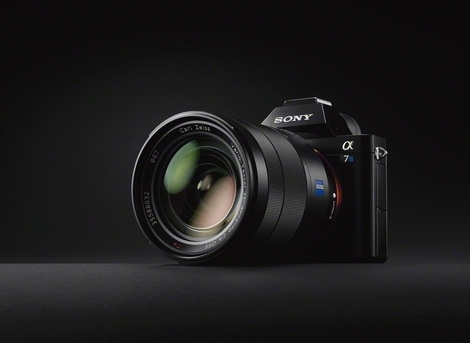 Joining a growing family of full-frame image sensor cameras -- including the α99, VG900, RX1, α7 and α7R -- Sony has announced the α7S, or Alpha 7S. Along with its two Alpha 7 siblings, the α7S is the world's smallest full-frame interchangeable lens camera. Unlike those models, the α7S has only 12.2 effective megapixels. I know what you're thinking... the α7 and α7R have upwards of 36-megapixels to play with. Why release a new camera with a half to third the resolution?
Simple. Because when there are fewer pixels, the ones you do have are larger and more sensitive which, along with a few other more pieces of technology we'll talk about in a moment, increase the camera's ability to accurately capture light and color. Pretty important, right?
Sony has mated this 12.2MP 35mm full-frame Exmor CMOS image sensor to the state-of-the-art BIONZ X image processor, which allows the α7S to have an insane ISO 50 - 409K. Sony has also applied a new-generation RGB filter with gapless on-chip lens design to the glass over the image sensor. This should "boost the image sensor's light collection efficiency" while minimizing ghosting and flare.
The α7S isn't just for photographers; it has its eyes set on video and cinematographers too. As the "world's first camera to utilize the entire width of a full-frame image sensor in 4K video acquisition", the α7S records 4K QFHD video (though you need an external recorder to capture it), Full 1080p HD video at 60 fps, and even 720p HD video at 120fps for a 5x slow-motion effect. This camera can record accurate time code, and uses Sony's professional "S-Log2 Gamma" to expand dynamic range by up to 1300%. There are also audio level controls, which will work great if you pick up one of Sony's XLR adaptor kits, which attach via the camera's multi-terminal interface shoe.
The α7S has two viewfinders. First, a 3.0" Xtra Fine tilting LCD Display, which not only tips up by 90 degrees and down by 45, but also includes WhiteMagic technology to increase visibility while shooting outdoors in bright daylight. Second, a 2.4M dot XGA OLE electronic Tru-Finder that was first used in the α99.
Compatible with all E-mount lenses (and even A-mount lenses if you purchase an optional adapter), the Sony α7S includes built-in Wi-Fi and NFC (Near Field Communications) technologies. Using a free app on compatible smartphones and tablets (NFC is currently exclusive to Android), users can connect the α7S to some smart-devices with a simple touch. Once connected, it's easy to transfer files, share on the web, and even use your smartphone or tablet as a remote viewing screen and/or shutter control.
Sony α7S Features
The Sony α7S will be available in body only form for $2499.99. Shipping should start in July, 2014.
Additional Product Views 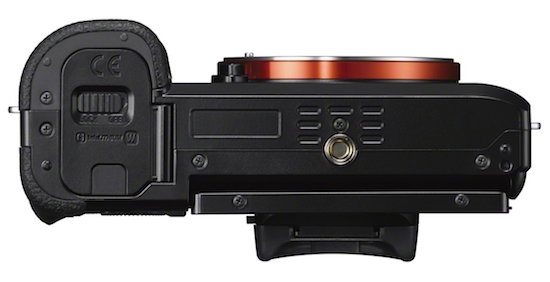