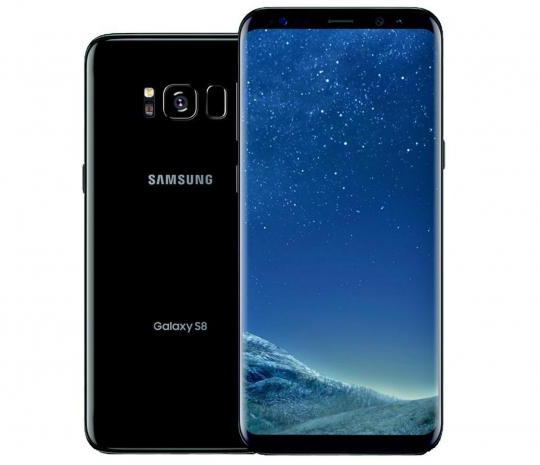 Samsung's new flagship Galaxy 8 smartphone is split into two model sizes. The standard Galaxy S8 offers a 5.8-inch, 570ppi (2960 x 1440) display while the S8 Plus offers the identical resolution on a slightly larger 6.2-inch screen (roughly 529ppi). The screen curves slightly along on the left and right side, a feature Samsung is calling the "Infinity Display."
Interestingly, the rear-facing camera isn't receiving much of an upgrade when compared to the S7. While Samsung has done work on the software to improve shooting times and picture quality, both models of the S8 use a 12-megapixel sensor (F1.7) with OIS for the rear camera (also found in the S7). However, the front-facing camera was upgraded to a 8-megapixel sensor with auto focus (also F1.7).
Regarding any potential battery issues that plagued the S7, it appears that Samsung opted to copy the Note 7 instead of the S7. The Galaxy S8 offers a 3,000mAh battery while the slightly larger S8 Plus offers a 3,500mAh battery.
One of the more interesting new features in the S8 is the introduction of a virtual assistant similar to Siri. Samsung calls their virtual voice Bixby. While it's likely to overlap significantly with Google Assistant, Samsung is including identification software that utilizes the S8's camera. Point the camera at a real-world item, like flowers, and the software will load places to purchase flowers in sites like eBay and Amazon. Hypothetically, it could be used to identify any item, thus making it easier to make purchases of something you like.
Samsung Galaxy S8 Features:
Samsung's Galaxy S8 will be available in Midnight Black, Orchid Grey, Artic Silver, Maple Gold, and Coral Blue on April 21, 2017 at a full MSRP of $720 for the S8 and $840 for the S8 Plus.