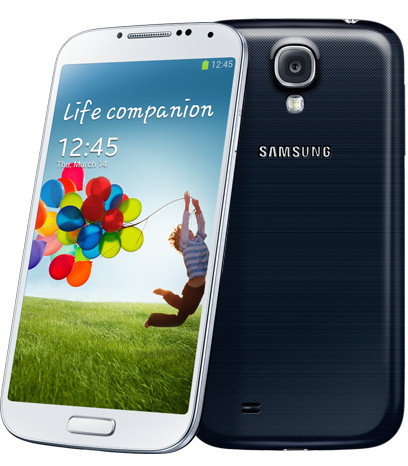 Samsung has released an update to its S3 smartphone, the Galaxy S4. This Android device features a 13-megapixel rear facing camera with Full HD 1080p video recording and a number of different recording modes. 4G LTE, Wi-Fi, and NFC technologies allows instant file transfers as well as sharing on your favorite social networking sites. The large Full HD Super AMOLED has the ability to sense fingers hovering over itself. A suite of Google Mobile Services are also built right in.
Samsung Galaxy S4 Features
The Samsung Galaxy S4 is available in white, black, blue arctic, and red. If you purchase one with a two-year contract with carriers such as AT&T, Verizon, or sprint, you could pay as little as $49.99 and as much as $199.99 (depending on various sales). Unlocked versions cost between $499.99 and $599.99.