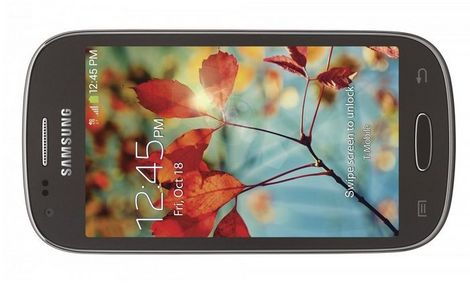 Samsung's Galaxy Light is a T-Mobile exclusive phone that represents an inexpensive way to have an entry-level smartphone. It features a quad core processor, 1GB of RAM, 8GB of internal storage (you can add up to 64GB more via microSD cards), an iPhone-sized 4-inch AMOLED display, and two digital cameras.
The rear facing camera boasts a 5.0-megapixel CCD image sensor capable of recording 720p HD video that has been described by some reviewers as "soft." Thanks to built in 4G LTE, Wi-Fi, Bluetooth 4.0, NFC, and DNLA, it's pretty easy to back up, transfer, and share media files created with the Galaxy Light. You can also edit photos right on the smartphone. Shot Modes -- to accommodate variations in shooting condition presets -- include Auto, Beauty Face, Sound & Shot, Panorama, Sports, and Night.
Samsung Galaxy Light Features
Samsung's Galaxy Light works with the no-contract T-Mobile network. The MSRP is $240, but you can find it for as low as $149.99