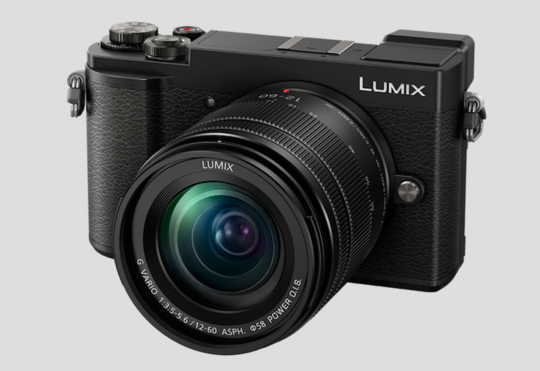 Panasonic has announced their latest GX camera, the GX9.
It's been 10 years since Panasonic first introduced its first mirrorless G series of cameras. Ten years! Think about how far mirrorless cameras have come in that timeframe. They went from point-and-shoot afterthoughts to award-winning pocket cameras that can do more than many high-end DSLRs.
The GX9, which is an update of the much-loved GX8, has a ton going for it. The GX9 uses a Digital Live MOS which takes advantage of the new Venus engine to reduce moire, increase ISO and smooth out the images. It can shoot rock-steady 4K video at 24 or 30p with 5-Axis dual image stabilization, but, as usual, Pansonic is sticking with its Contrast AF DFD AutoFocus system where it will perform well in perfect conditions (though slightly slower than the company's flagship ILCs), but suffers in low-light or complicated backgrounds.
In 4K Photo Mode (aka 8MP), you can shoot up to 30fps with the new Auto Marking function engaged. Designed to help you save time culling through dozens of photos, Auto Marking suggests the best photos captured during your burst. Bluetooth 4.2 is now included, which helps save power and increases connectivity.
One of the greatest changes between the GX9 and GX8 is the size. They literally crammed all that amazing tech inside the body of an inferior GX85. They also re-arranged the buttons to make it more user-friendly when shooting on the run. All that shaves some weight and makes the camera easier to toss in a backpack or cargo short pocket. Even though you're not supposed to wear those anymore according to fashion magazines.
The feature that really kind of sets this camera apart from others in the same category is a small and often overlooked one... the EVF or Electronic View Finder. They added 90 degrees of movability to the EVF and it's such a blessing when you're shooting to have a dedicated viewfinder, not only in the bright daylight, but it helps on saving battery power over using the 3" touchscreen on the back all the time.
I'm also hoping the L Monochrome filter from the GX85 and the brand new L Monochrome D Mode help bring this camera Olympus PEN-F quality Black and White images. It's so fun to be able to shoot Black and White in-camera; I know you can do it all in post, but there's something about seeing it in Black and White that changes how you might frame an image.
KEY FEATURES
PRICING & AVAILABILITY
The GX9 will be available around the end of March. Sold both as a stand-alone camera without a lens and also as a kit with a LUMIX G Vario Lens, 12-60mm, F3.5-5.6 ASPH, which should cost somewhere around $999.99.