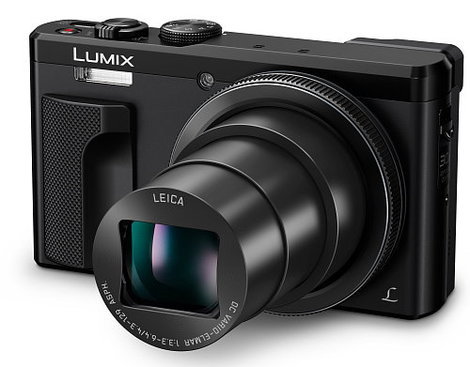 Panasonic continues to update their compact ZS line of Lumix cameras, with the ZS60 being one of two new models for 2016. Building upon the ZS50 from last year, the ZS60 offers various upgrades to appeal to consumers in 2016. While it still sports a versatile 30x optical zoom lens, like its predecessor, the ZS60 offers increased resolution with an all new 18-megapixel MOS image sensor.

Its massive lens, for such a compact camera, covers an equivalent zoom range of 24-720mm! This is coupled with Panasonic's new 5-axis HYBRID Optical Image Stabilization system, giving users even more confidence when shooting handheld photos using the long telephoto reach of the lens, or when shooting in lower lighting conditions.

Video buffs will appreciate the ability to record UHD 4K video at 30fps in .MP4 format, and you social types will appreciate the ZS60's built-in Wi-Fi for quickly and easily sharing your moments on Facebook and other social media sites. The ZS60's Wi-Fi function also allows you to control the camera from your smart device, giving you a remote viewfinder and shutter release (at no additional charge). Lastly, the ZS60 boasts impressive displays with both an EVF and touchscreen LCD that feature over 1 million dots of resolution.

Panasonic Lumix DMC-ZS60 Features:
The ZS60 is available in black or silver, with a suggested retail price of $449.99. See our best price box at the top right of this page to see current online pricing.