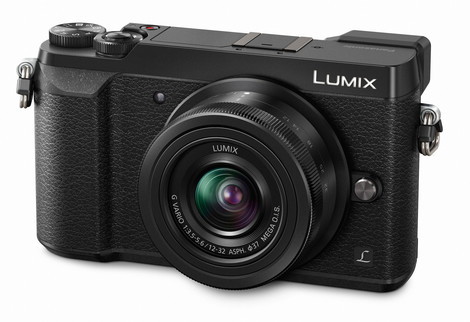 Micro Four Thirds cameras offer speed and performance similar to DSLRs in bodies and lenses that are much more compact. The latest Panasonic mirrorless ILC -- the LUMIX DMC-GX85 -- has the potential to be one of this year's best M4/3s offerings, thanks in no small part to an improved Live MOS image sensor, a new image stabilization system, the continued support for 4K Ultra HD, and enhanced wireless functionality.
Let's start with the sensor. Panasonic has removed the Low Pass Filter from its 16MP Digital Live MOS Sensor to earn a 10% boost in fine detail resolving. Paired with the new Venus Engine, the GX85 is capable of shooting full res stills at up to 8FPS, 4K UHD Video at up to 30p, and Full 1080p HD Video at up to 60p. There's also a 4K PHOTO mode -- an 8MP equivalent -- that takes 30FPS and lets you select the best frame.
Outside of still image and video performance, the biggest new feature for the GX85 is its 5-axis Dual I.S., which combines a 2-axis Optical Image Stabilizer (in the lens) with an in-camera 5-axis Body Image Stabilizer. In other words, low-light still image and hand-held video recording performance should be vastly improved over previous models. Olympus has been the unofficial king of ILC image stabilization since the launch of the OM-D E-M5 Mark II, but Panasonic has really upped the game here, particularly when taking 4K movie recording into account.
If the GX85 had no other new features besides 5-axis Dual I.S., we'd still be falling over ourselves to review it. But then you toss in a Live View Finder and tilting touchscreen display. You add in L.Monochrome Mode for improved B&W photography performance. Or Post Focus functionality for selecting still image focus AFTER the fact. There's also a bunch of new bracketing features for combing multi images. And, of course, Wi-Fi. The Panasonic Image app now offers full manual control adjustments from the palm of your iOS or Android device, not to mention the ability to back up and share files as need.
On paper, these specs impress. We can't wait to get our hands on the camera itself and run it through our tests. Bring it on, Panasonic.
Panasonic LUMIX DMC-GX85 Features:
Optional Accessory
Pricing & Availability
The Panasonic LUMIX DMC-GX85 will be available late May (2016) for $799.99 in either silver or black with a 12-32mm kit lens.