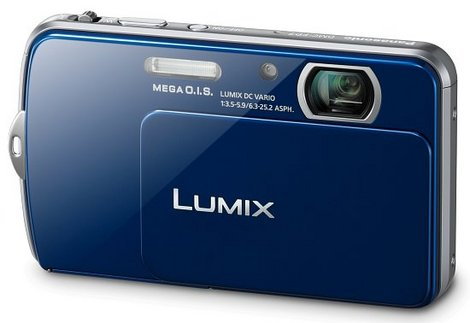 Panasonic's iA mode is included on both the FP7 and FP5. New to this model year are AF Tracking (for following moving subjects), and Intelligent Exposure (prevents blocked shadows and blown highlights). As always, MEGA OIS (Optical Image Stabilization), Intelligent ISO Control, Face Detection, and Intelligent Scene Selector are all available via the dedicated iA button. Though it won't get you far on 16.1-megapixels, the FP7 does in have 70MB of built-in memory just in case your SD card happens to run out. Another nice feature is the ability to upload images to Facebook and videos to YouTube directly from the camera once you plug it into your PC or Mac via the included USB cable.