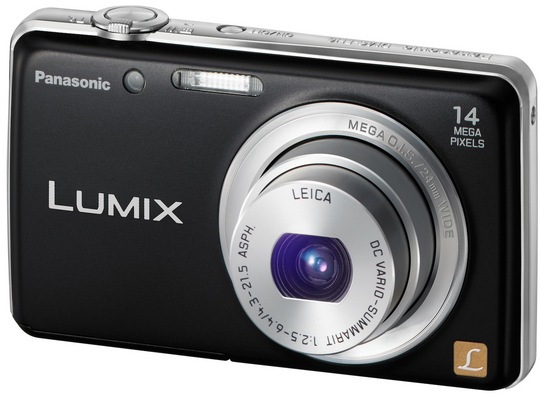 Panasonic just announced two new additions to its super-slim FH-series LUMIX cameras, the DMC-FH6 and DMC-FH8. While official pricing won't be announced until 30 days prior to release (also still a mystery), the presumably more affordable FH6 features many of the same conveniences as the FH8, including a 24mm wide angle lens with a 5x optical zoom and 10x iA Zoom (digital zoom). Panasonic's proprietary Venus Engine image processor is the brains behind the operation, allowing for the camera to be slimmer and faster.
The two new FH series' iA (Intelligent Auto) Mode includes Optical Image Stabilization, Intelligent ISO control, Face Detection, Intelligent Scene Selector, and Intelligent Exposure to help any novice look like a pro. But don't worry if you do make a mistake, the Image Effects mode has Auto Retouch and Beauty Retouch in addition to Panorama Shot, which allows for both horizontal and vertical panoramas to be built in-camera from multiple exposures.
The FH series is designed with the modern shutterbug, which the capability to charge via a your computer's USB port or the included AC charger. Speaking of your computer, LUMIX Image Uploader software is bundled in here, and allows easy access to social media sites like Facebook and YouTube.
I suppose the question, then, is what's right for you, the FH6 or the FH8. Again, we don't have prices yet to weight the benefits, but while the FH6 shares a lot of similar specs and is a few hairs smaller than the FH8, the FH6 only has a 14.1 megapixel sensor (vs. the FH8's 16 megapixels, it's missing a few effects and iA mode features, it's available only in black (the FH8 also comes in silver, red, and violet), and its 720p HD video recording is in the Motion JPEG format (which some will say isn't quite as good has the FH8's MPEG-4 compression codec).
So the FH6 is lighter and more compact and most likely more affordable, but is missing a few of the creature comforts of the FH8.
Panasonic LUMIX DMC-FH6 Features:
UPDATED: Panasonic's LUMIX DMC-FH8 will be available black. Look for one in stores in early March of 2012.