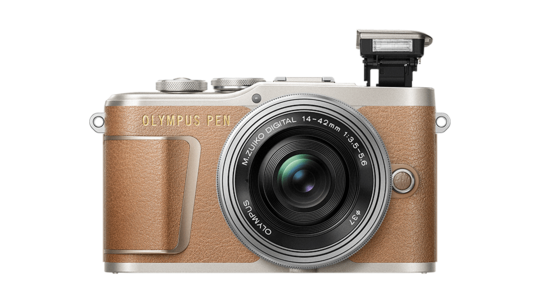 Something happened over the past few years that has been great for the photography world. As the cameras on smartphones have gotten better and better it's forced the large camera manufacturers to step up their game. Yes, their cameras have always taken better pictures, but some were getting complacent and taking longer to implement changes that would match the flexibility and ease of use of a smartphone.
The new Olympus PEN E-PL9, the successor to the PEN E-PL8, is a stylish, compact ILC (interchangeable lens camera) that shares a lot of features with the lovely OM-D E-M10 Mark III, but in a smaller, lighter body.
Available in black, brown, and white leatherette, the E-PL9 takes high-quality images with its 16MP Micro Four-Thirds CMOS image sensor mated to an upgraded TruePic VIII image processor. It has a whopping 121 Point AF Area with Face & Eye Detection, Cluster AF, and Continuous AF along with 4K(30 fps) video and 3-Axis image stabilization. If you throw in its vast array of detachable lenses, this camera should blow away the pocket-sized ILC competition.
With the E-PL9, Olympus is saying that Cameras are no longer scary devices that need hours and hours of training to figure out. This camera was made for people who are used to taking pictures with their smartphone and want to make the jump to an ILC to improve their images drastically without a steep learning curve.
The camera is palm-sized, yet has a large ergonomic grip, making it easy to hold. They added a pop-up flash, increased the size of the dials, and included optional E-portrait skin smoothing modes. The PL9 is the first Olympus camera to offer in-camera Sweep Panorama, which works a lot like your smartphone. And taking selfies is a breeze thanks to a 3.0" flip-down tilting touchscreen LCD. The touchscreen can also be used to change the exposure, or add one of the 16 art filters, included the new Instant Film filter (it makes the darker areas green and gives skin tones a warm glow.) and Bleach Bypass (high contrast, less color). Or drop into your favorite Scene Modes or Advanced Photo Modes, where you can learn to do night painting or long-exposure astrophotography.
The E-PL9 has Bluetooth LE and Wi-Fi that allow you to connect to an iOS or Android devices running the Olympis O.I.Share app. From there, it's easy to remotely control the E-PL9 or transfer images to your smartphone or tablet to post on social media. The great thing about Bluetooth LE is that it allows for a continuous connection with your phone (even when the camera's off!) without having to worry about killing your battery. For example, you can wirelessly "wake" the camera to retrieve images stored on the camera's memory card. OR
that when combined that with the new "Share" button on the back which allows you to tag photos while reviewing them, does something special. When you turn the camera off, it will auto-download all of your tagged photos directly to your iOS or Android device. But what's really cool is that your camera can stay connected to your phone even when the camera is "asleep". What does that mean? What if you're done shooting for the day and the camera is in your bag or pocket and you don't want to pull it out to import photos into your phone... you don't have to. You can open the app and wake up the camera without needing to get it out and switch it on and transfer files. This camera was truly made to be user-friendly.
But let's say you're like my father, which means no matter how easy I say something is to use, you find a way to make it more complicated than it is. Olympus has retained their amazing AUTO MODE from the E-M10 Mark III. You can let the camera pick how it's going to shoot the scene or let it walk you through a few options on the touch screen to help you figure out the best way to shoot your portraits or whatever it is that you're shooting.
KEY FEATURES
PRICING & AVAILABILITY
The Olympus PEN E-PL9 is available TODAY in two forms. $599.99 (USD) for the body-only version OR $699.99 for a kit that includes an M.Zuiko Digital ED 14-42mm F3.5-5.6 EZ lens, custom camera bag, and a 16GB SD memory card. Color options currently include white, brown, and black. All versions are available here: 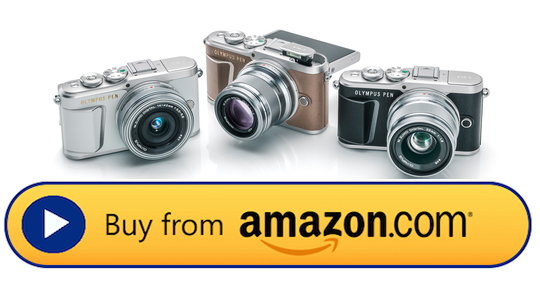