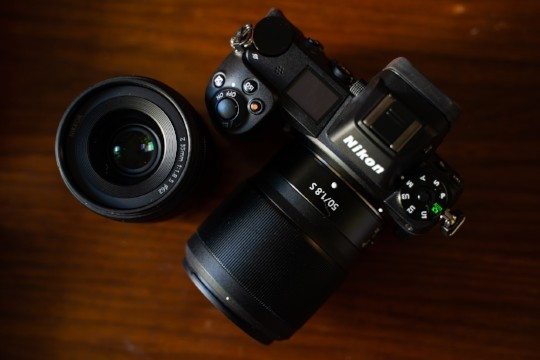 What We Love. Objectively, the Nikkor Z 50mm f/1.8 S is a fantastic lens. Among the three lenses that Nikon rolled out alongside its mirrorless bodies, the Nikon Z7 and Z6, this 50mm contender is proof enough that the manufacturer is off to a great start with its Z-mount series. The sharpness, for one, is staggering throughout the frame, even at its widest; and the autofocus, for two, is silent and precise. It’s extensively sealed so you can take it out in the field worry-free, and its knack for flare and ghosting reduction is astonishing. And it also handles well, with a Control Ring that’s customizable and a size that’s just enough for comfortable use – even if it is bigger and heavier than Nikon’s AF-S NIKKOR 50mm f/1.8G. Most importantly, it really does produce beautiful photos that are clean, sharp and vibrant, and that’s with you hardly trying. All in all, it’s a great intro lens for photographers who are only starting to discover the joys of shooting with a prime lens.

What We’d Change. Unfortunately, despite all the good things it offers, the Nikkor Z 50mm f/1.8 S lacks a certain wow-factor when comparing it to, say, Canon's RF 50mm F/1.2 and costs twice as much as its F-mount counterpart. We also think chromatic aberration could be a little more controlled. Don’t get us wrong: it has many of the elements and features you need in a great lens. It just doesn’t have as much of the charisma you want in one.

Pick This Up If… you’re looking to transition to the Nikon Z-mount system and don’t want to bother with the mount adapter. The Nikkor Z 50mm f/1.8 S is great not only for portraiture, but also for street, travel and landscape photography, especially if you’re fond of capturing the small details as opposed to documenting the wider picture.

Such is the fate of the Nikkor Z 50mm f/1.8 S, a very good Z-mount glass that boasts a lot of potential. It’s super sharp throughout the frame, rarely faltering. It’s excellent when it comes to eliminating ghosting and flare. And it has extensive weather sealing. Unfortunately, it also suffers from lack of appeal and being only above average. Even though objectively, it takes great photos, nothing about this lens or the photos it yields particularly blows you away.

This is even more evident considering the fact that its F-mount counterpart is half the price, and its Canon rival, the Canon RF 50mm F/1.2 for the manufacturer’s Canon RF-mount, has an even wider aperture and all the appeal, albeit at a very steep price.

All that aside, while we didn't fall in love with this one, personally, the Nikkor Z 50mm f/1.8 S is a very capable lens that produces objectively strong images, and it’s a solid Z-mount lens to shoot your new Nikon Z7 or Z6 with.

The Nikkor Z 50mm f/1.8 S’ design is reminiscent of the NIKKOR Z 35mm f/1.8 S, with the same polycarbonate and aluminum combination chassis, as well as a sizable, customizable control ring that’s set on focusing at default and an AF/MF switch nearer the mount.

Their dimensions and weight are similar as well, with the 35mm only slightly smaller and lighter. Both lenses are also noticeably bigger than their F-mount counterparts. While we did complain about the 35mm’s larger form factor in that review, it’s hard to complain about this 50mm’s size. We suspect it’s because we recently tested Canon’s RF 50mm F/1.2, and that one was even bigger and more than twice as heavy. Or maybe it’s because we simply got used to the 35mm being a bit too big for comfort. We cannot say for sure.

What we do know is that we had no issue shooting with the Nikkor Z 50mm f/1.8 S, even though it is approximately twice the size and weight of the AF-S NIKKOR 50mm f/1.8G. It’s got heft to it, yes, but you can tell that a chunk of that stems from how solidly the lens was constructed.

When it comes to build quality, this lens is not to be trifled with and will survive a slew of things out in the field. And that’s not only because it’s got extensive dust and moisture sealing, from around its front element to its mount and all its moving parts in between. That makes sense, considering that Nikon designed the Z-mount bodies to be rugged.

Unfortunately, we were blessed with amazingly great weather during the time of our testing in San Francisco, Lake Tahoe, Monterey, and San Jose. It would have been awesome to really see what this lens’ weather-sealing is capable of. But seeing as the NIKKOR Z 24-70mm f/4 S performed beautifully during a light, constant drizzle (keep an eye out for our review of that lens), we suspect that this lens will do just fine in similar conditions. As to how much dust and rain it can survive, Nikon says the Z series lenses and bodies are as tough as the D850 DSLR is true, and it's among the most weather resistant systems on the market today.

The only thing to complain about here as far as build is that it doesn’t have stabilization, relying heavily on the Z cameras’ in-body image stabilization. For a lens that sets you back $600 plus tax, that’s disappointing.

The Nikkor Z 50mm f/1.8 S feels great and is comfortable in this reviewer’s small hands. And while it isn’t exactly what you would call light, it doesn’t feel unnatural or unbalanced mounted on the Z6 body. Obviously, we could do without the extra real estate, but again, this is the first 50mm we tested after the Canon RF lens, so to us, its smaller, lighter body was a nice welcome. However, if you’re transitioning from a smaller 50mm lens, this might feel like a small burden, especially because there’s nothing else on the lens besides the AF/MF switch and the control ring.

The control ring, set as a focus ring at default, is customizable, however. This means that you can use it for aperture control or exposure compensation, whichever gives you a more seamless shooting experience, especially if you don’t focus manually that often. The AF/MF has a nice give to it as well, not too much that you might accidentally toggle it, but enough so that if you do want to switch from AF to MF (or visa-versa), you can easily do it with a finger without ever taking your eyes off the viewfinder.

Autofocusing is fast and accurate, as well. Although we mostly relied on Dynamic-area AF mode as that was the mode we found most comfortable with for really pinpointing our focus area, this lens performed admirably, not to mention with speed and precision, especially in well-lit scenes. It faltered in some lower light situations, missing its mark despite the pre-determined focus area, but most of the time, it did what we wanted it to.

With 9 aperture blades, you would expect this lens to have nice bokeh at the very least, and it does. At its widest apertures, it does a decent job of separating subjects from backgrounds and foregrounds, yielding out-of-focus elements blurry and making your subjects stand out. In this context, the Nikkor Z 50mm f/1.8 S does what it’s supposed to do.

Unfortunately, it stops short of aesthetics. You will get blurry – and to a point, creamy and smooth – foregrounds and backgrounds with this lens, but don’t expect them to turn heads. Coming from the Canon RF 50mm F/1.2 (though granted that one has an even wider maximum aperture), which frankly has bokeh that will take your breath away, this one’s just ok.

Don’t get us wrong; it’s not unattractive. Yet it’s not stunning either. And if you look close enough, you’ll also find green fringing on some of the bokeh balls, which themselves look more like pointed footballs than the perfect orbs to which we are partial.

One look at the photos taken with the Nikkor Z 50mm f/1.8 S, and you cannot deny the superb sharpness it yields. There might be slight softness at the corners if you look closely enough, but the photos you’ll produce with this lens are crisp and sharp across the frame, even at its widest apertures. If there's one exceptional thing about this lens, this would be it.

It’s also remarkably great at eliminating ghosting and flare. In fact, we’d go as far as to say that it’s actually better than the 35mm when it comes to this. Additionally, distortion is next to none, which makes this excellent for seascapes and great for shooting interiors and architecture.

Unfortunately, despite the ED (Extra-Low Dispersion) Glass and Aspherical Lens that Nikon fitted this lens with, it doesn’t do as good of a job in minimizing chromatic aberrations. In high-contrast scenes, there’s considerable purple fringing if you look closely enough, not to mention green fringing around some of the bokeh balls.

You’ll also see some signs of vignetting, especially at its widest apertures, but we feel that they only add to the appeal of the images. Though if it’s not something you’re into, you can just easily fix it in post.

But we want to go back to its sharpness: the Nikkor Z 50mm f/1.8 S is probably one of the sharpest – and consistently sharp – lenses we’ve tested, and that’s saying something. We took this lens outdoors and indoors, from San Francisco and Tahoe to Monterey and San Jose, and we’re pretty amazed by how sharp our images are.

If you’re looking for a high-performance 50mm lens, you’ll find one in the Nikkor Z 50mm f/1.8 S. It’s got all the makings of greatness, including exceptional sharpness throughout the frame, excellent flare and ghosting minimization, and extensive weather sealing.

This is perhaps one of the sharpest lenses we’ve ever tested. You’ll appreciate the photos you’ll take with this lens, and not just because of that. Your images will be vibrant and clean as well, with nice bokeh that makes your subjects stand out at the widest apertures. It’s also slightly customizable, handles quite nicely, and actually works great in low light situations.

Of course, it isn’t perfect. It doesn’t have that charisma of our favorite 50mm lenses – or even the NIKKOR Z 35mm f/1.8 S – if we’re being honest. Plus, the bokeh could be creamier and dreamier, and it could be better at reducing chromatic aberrations.

But, if you’re looking for a super sharp lens to add to your arsenal, especially if you’re switching over to the Nikon Z-mount system, this one won’t disappoint. As long as you can forgive that slightly higher price tag.