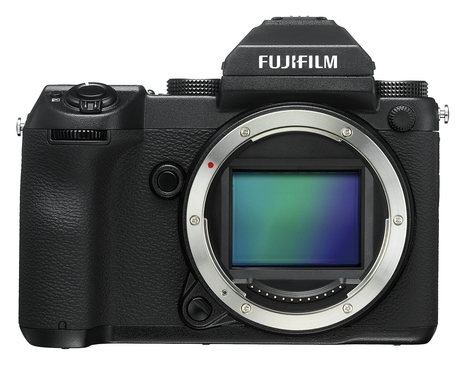 In addition to the GFX 50S, Fujifilm is simultaneously launching a new series of ultra-high resolution FUJINON GF lenses. Given the architecture of a mirrorless camera system, Fujifilm's G Mount has a 26.7mm flange back distance, which reduces back focus and prevents vignetting for edge-to-edge sharpness. Even more exciting, the GF Lenses will support image sensors of "over 100MP". Expect six lenses to drop in 2017 -- three at body launch, three sometime later this year.

The initial lenses will be: