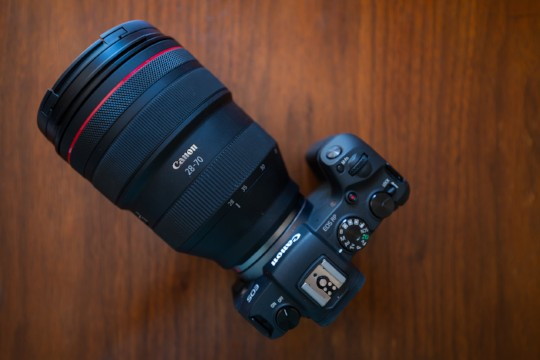 What We Love. The Canon RF 28-70mm F/2 L USM has been declared by many as among the best standard zoom lenses right now, and we’re inclined to agree. There’s plenty of sharpness in this lens, across its focal length range, and Canon combines it with creamy bokeh, minimal artifacts, a large minimum constant aperture and an incredibly-effective autofocusing. And that extensive weather sealing and vibration shock resistance ensure that it’ll do its job out on the field even in bad weather.

What We’d Change. There’s not a lot to complain about the Canon RF 28-70mm F/2 L USM. Its $2,999 MSRP – $2,799 as we write this review – is understandable considering its build and image quality. So while it can be a factor in whether or not this lens is for you, many pro and enthusiast photographer would be happy to pay that price for such an incredible lens. So perhaps the one thing we’d change is its size, which could be smaller. However, rest assured that this lens isn’t too heavy or too bulky to get in the way of your process, so its herculean size is hardly a deal-breaker.

Pick This Up If… you want the fastest standard zoom lens available today and you have the budget. You won't regret it.

There’s a lot of hype around the Canon RF 28-70mm F/2 L USM lens, especially with DXOMark declaring it one of the best lenses they’ve tested to date, giving it a lofty 33-point score. So, of course, we had to see for ourselves just how incredible this lens is.

Right off the bat, it’s already got a few things going for it. It’s the world’s first autofocus zoom lens for full-frame bodies to boast a maximum constant aperture of f/2. It has extensive weather sealing and vibration shock resistance, giving it a rugged build to survive inclement weather. And with that 28-70mm focal length range, it’s very versatile and ideal for many shooting situations.

Obviously, it takes more than a record-breaking accolade and rugged build to make a great lens. But, as DXOMark found in their test, the Canon RF 28-70mm F/2 L USM is more than worthy of the honor – not to mention, its price tag that’s not exactly for the penny-pincher.

We took this lauded lens for a test in the deserts of Nevada and Arizona, as well as along the California coast to see what it’s made of. And if it’s any indication of what’s to come in Canon’s EOS R system, a lot of people are going to want to switch.

Along with the RF 85mm f/1.2L USM, which we reviewed a few days ago, we tested the Canon RF 28-70mm F/2 L USM on the Canon EOS RP body that Canon loaned to us. To shoot the low light image in our image gallery, we mounted the camera and lens on our old but still trusty Manfrotto BeFree tripod.

Not only does the Canon RF 28-70mm F/2 L USM look like a tank, but it also feels like it’s built like one. Canon promises a rugged build, and since we couldn’t exactly drop this lens or bang it on something to test just how rugged it is, we’ll just take their word for it. It does feel solidly built, however, and its moving parts feel very durable so they’ll likely endure a great deal of wear and tear for many years.

Reinforcing that rugged build is the Canon RF 28-70mm F/2 L USM’s extensive weather sealing that covers not only its lens mount and front element, but also its switch panels as well as zoom, control and focus rings.

We can’t tell you how this lens will fare in snow or rain – though we’re pretty sure, it’ll do just fine – as we tested it during the summer months. However, we can tell you for sure that it’ll perform flawlessly in extremely hot weather situations. We used this baby in the Valley of Fire State Park and at the Nelson Ghost Town, not too far from Las Vegas, in 115F weather, and it didn’t stall or cease to function even once.

Rounding up the rugged features are the vibration shock resistance in the barrel so that the lens will hold focus even in windy situations, and the fluorine coating that covers, not just the front element but the rear element as well. Shooting in Monument Valley with all that wind and red dust, that coating definitely came in handy to both protect the elements from scratches and quickly clean them as well.

While the Canon RF 28-70mm F/2 L USM’s herculean size might be the first thing people will notice about this lens (and it certainly is intimidating at first), it isn’t so big that you’ll quickly fatigue shooting with this lens. It’s actually surprisingly easy to handle, and you’ll hardly notice its size when you’re shooting.

Much like the 85mm, it dwarfed the Canon EOS RP because the camera is considerably compact and this lens is categorically big and bulky. However, like the 85mm, it’s got a bigger diameter that balances the whole setup when placed on a flat surface. If you own an EOS R, you'll find the whole combination much more balanced.

When mounted on a tripod, obviously, you would have to make adjustments as it is front heavy. Similarly, when you’re handholding, you’d have to use both hands – one to hold the camera, the other to support the lens – to keep your shots steady. But again, to be fair to this lens, it’s not so heavy that our aging tripod couldn’t support it.

The Canon RF 28-70mm F/2 L USM utilizes a Ring USM (Ultrasonic Motor) autofocusing system, which is meant to focus internally, smoothly and very quickly. And that’s exactly what this excellent glass offers. In terms of autofocusing, it delivers extremely accurate focusing that’s not only fast, but quiet as well.

Be prepared to hear a little bit of noise from the lens focusing and locking on to the subject, but it’s faint and hardly noticeable. Focus transitions are beautifully smooth and not at all erratic, which makes it ideal for shooting videos with. And this lens fares well autofocusing in low light situations. It might not be as fast, and we had to give it a bit of a nudge by utilizing the Canon EOS RP’s Spot AF method and Touch & Drag AF, but its overall accuracy did not suffer at all.

Finally, this lens boasts a minimum focusing distance of 0.39 m or 1.28 feet, which certainly comes in handy and adds to this lens’ versatility.

Being the world’s first autofocus zoom lens for full-frame bodies to boast a maximum constant aperture of f/2 has quite a few perks, including being able to shoot wide open at all focal lengths. For portrait and wedding photographers, that means they can shoot at 50mm or 70mm at f/2 for an extremely shallow depth of field.

Couple that constant aperture with its 9 rounded aperture blades, which affords that creamy bokeh, and this lens delivers simply stunning images with dreamy backgrounds and foregrounds as well as subjects that stand out.

It’s nothing like the 85mm RF lens, of course, but it’s more than good enough whether you’re taking travel photos or capturing someone’s portraits. Fans of perfectly rounded bokeh balls might not always get it, but they’re definitely guaranteed smooth, buttery ones.

There’s no shortage of sharpness in Canon’s RF lenses, and it’s no different here. The Canon RF 28-70mm F/2 L USM doesn’t only yield very sharp images from edge to edge, but it does so across its focal length range of 28mm to 70mm.

Whether you’re shooting portraits at 50mm or 70mm wide open or capturing landscapes and architecture at 28mm and f/22, you’re guaranteed consistent sharpness and minimal corner softness in your photos. This sharpness tends to be even more pronounced around 35mm at f/5.6 through f/8.

That’s not to say, of course, that this lens is perfect (since no lens is perfect). It does have its faults, if you look closely enough. However, it does have this uncanny ability to minimize those faults enough to make them practically negligible.

Take, for example, how it handles fringing. If you zoom in and pixel peep, you’ll find some green and purple fringing, especially if you’re shooting at wide apertures in high contrast situations. However, if you don’t, you’ll be hard-pressed to find any telltale signs of chromatic aberration. Canon’s combination of two ultra-low dispersion (UD) elements, one super UD element and having that large-diameter element closer to the sensor is definitely hard at work here.

Distortion is limited as well, even at 28mm where you only get enough for a slightly exaggerated perspective when the situation calls for it. Flare and ghosting are incredibly well-controlled as well, so that you’re getting images that are not only tack-sharp, but also impressively clean as well.

Perhaps the only thing that isn’t quite as well-controlled here is the amount of vignetting. You’ll encounter more darkened corners that you will anything else, but they’re easily removed in post so this is hardly a deal-breaker.

There’s no shortage of things to love about the Canon RF 28-70mm F/2 L USM lens, and there’s very little to not like about it. As one of Canon’s earliest efforts in the RF line, it is, without a doubt, a promising start and a great indication of what we can expect from Canon’s full-frame mirrorless system.

This lens produces vibrant, sharp and clean images to start, and if that’s all you ever need from a great lens, you’ve already got a winner in the Canon RF 28-70mm F/2 L USM. If not, then take your pick: versatility, check; divine bokeh, tick that off the list; a large minimum aperture that’s constant throughout the focal range, it’s got that too. What else? Fast, accurate AF, extensive weather sealing, good handling? Check, check and check.

Sure, you might find very minimal ghosting and flare, as well as some purple and green fringing that is practically negligible and only noticeable when you’re pixel peeping. And, that price tag might take your breath away at first. But the Canon RF 28-70mm F/2 L USM more than makes up for those.

If you need an exquisite, powerful and versatile lens, the Canon RF 28-70mm F/2 L USM is definitely worth saving up or breaking that piggy bank for.