Canon PowerShot A3400 IS Review 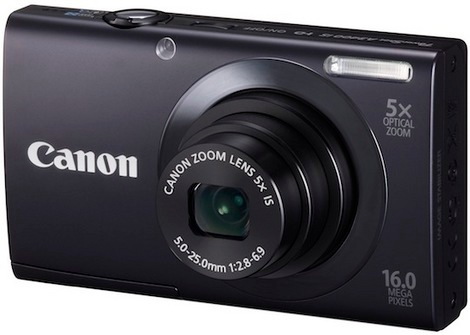 The PowerShot A3400 IS is one of six all new A-series cameras Canon introduced for 2012. Priced between $109.99 and $199.99, the A-series is designed for novices and includes a number of great automatic features and even a brand new Help Button to make even the most technophobe among us confident with this new gadget.

The A3400 is priced about $20 less than the flagship A4000 IS. Both models include Intelligent IS (optical image stabilization), and while the A3400 only has a 5x optical zoom, it actually includes a touch screen 3.0-inch LCD viewfinder, a feature not found on the more expensive model.
Other than those differences, the A3400 IS is virtually identical to its A-series siblings, which deliver a 16-megapixel CCD image sensor, a 28mm (35mm equivalent) wide angle lens, 720p HD video recording, and Smart AUTO; a function which automatically chooses between 32 different shooting modes to help novice photographers take great pictures no matter the settings.
Canon PowerShot A3400 IS Features:
The Canon PowerShot A3400 IS comes in black, silver, red, and gold with an MSRP of $179.99. See our buy box below for the most current online pricing.