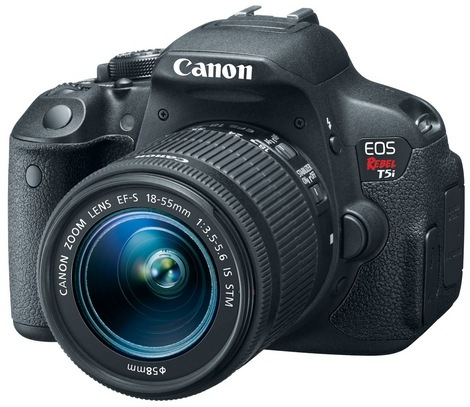 In conjunction with the release of a few more EF-S STM series lenses back in March (2013), Canon also announced the new flagship model to its entry-level EOS Digital Rebel DSLR series, the T5i. For those who know about last year's popular T4i, the T5i appears to offer little improvement, save for a few extra Creative Filters, which stylize still frames and videos, and a slightly different Mode Dial, adding the ability to select a specific Scene Mode -- like Handheld Night Scene, HDR Backlight Control, Multi-Shot Noise Reduction -- without having to scroll through the camera's Menu system.
That being said, if you did NOT just purchase a T4i, the T5i promises to be a versatile, affordable, and dynamic little DSLR. It features an APS-C sized 18.0-megapixel CMOS sensor, their DIGIC 5 Image Processor, an ISO range of 100-12800, continuous "High-Speed Burst" shooting of up to 5 frames per second, Full HD 1080p video recording (more on that below), and a 3.0-inch vari-angle touch screen LCD display.
Like last year's model, the T5i has an enhanced form of Live View shooting. Live View simply means that you'll look at the LCD display, rather than through the optical view finder. What makes this version special is that you can preview Creative Filters -- like ArtBold, Water Painting, Grainy Black and White, Soft Focus, Toy Camera, Fish-Eye and Miniature -- on the fly. Or, thanks to the camera's Hybrid CMOS AF and Movie Servo AF systems, when combined with an STM (Stepping Motor Technology) Canon lens, you can record virtually silent HD videos with full-time auto or manual focus (via the touch screen). Before the T5i and T4i, adjusting focus while recording video on the EOS Rebel cameras, and many other brands, was a noisy affair.
Canon EOS Digital Rebel T5i Features
Canon's EOS Digital Rebel T5i was released in three forms: body-only for $749.99; a kit with the EF-S 18-55mm f/3.5-5.6 IS STM lens for $899.99; and a kit with the EF-S 18-135mm f/3.5-5.6 IS STM lens for $1099.00. Click on our Buy button to see the most current online pricing. 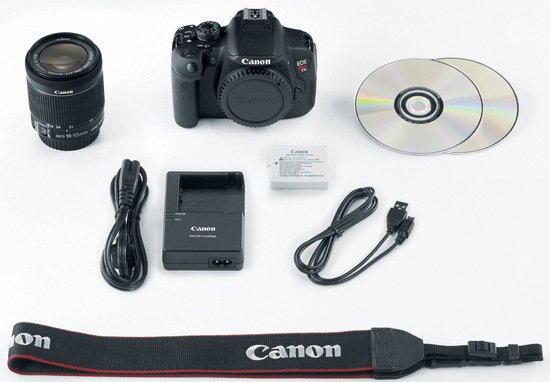 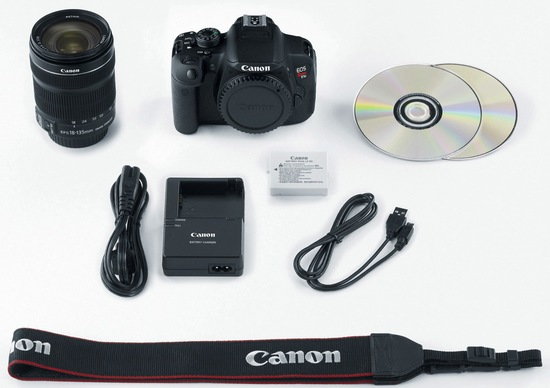