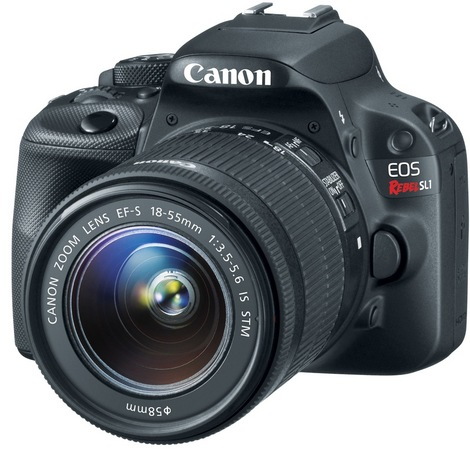 In March of this year (2013), Canon announced the word's smallest and lightest DSLR*, the EOS Digital Rebel SL1. Twenty five percent smaller and twenty eight percent lighter than the EOS Rebel T4i, the SL1 boasts many of the same features from the T4i (and the new T5i) save for slower speed capabilities and no vari-angle LCD display.

*The world's smallest and lightest DSLR with an APS-C sized image sensor
as of March 1, 2013
The SL1 compact DSLR includes an 18-megapixel APS-C sized image sensor, the DIGIC 5 image processor, an ISO range up to 6400, four frames-per-second continuous shooting, a 3.0-inch Touch Screen (fixed), and it works well with Canon's STM lenses (one comes in the standard kit) for virtually silent, continuous Auto or Manual Focus during Full 1080p HD video recording.
For novices worried about making the jump from a point-and-shoot digicam to a DSLR, the SL1 offers Scene Intelligent Auto Mode, "an advanced function that detects faces, colors, brightness, movement, contrast, distance and other factors and automatically adjusts and selects the exposure method needed." Effect Shot Mode is another great feature, which adds a Creative Filter to stills, but captures two separate images (one stylized, one clean) to provide users with after-the-fact flexibility.
A few new Scene Modes on this camera, including Kids, Food, and Candlelight, round out the creative effects, while Background Blur Simulation will make any photo and any lens look like an extreme telephoto shot. All filters and modes and auto focus settings can be adjusted on the fly in Live View via the touch screen LCD display.
Canon EOS Digital Rebel SL1 Features
Canon's EOS Digital Rebel SL1 is available in two versions: 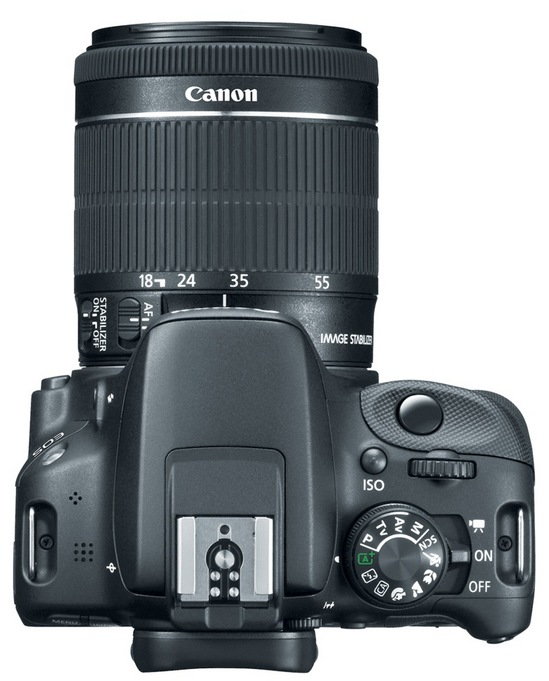