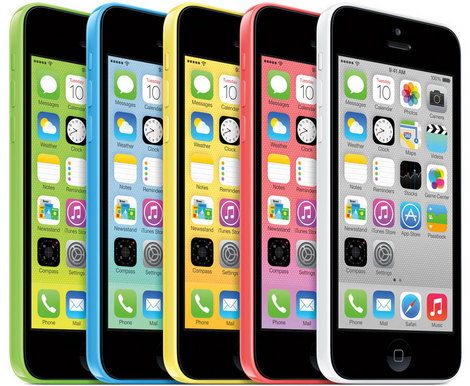 The Apple iPhone 5c smartphone provides plenty of colorful options along with an upgraded camera versus the iPhone 4.

The 5c makes use of the powerful iOS 7 operating system, which greatly simplifies usage of this smartphone and camera. You can purchase the iPhone 5c from various cellular carriers for about $99 for a 16GB internal memory version and about $199 for a 32GB version. Five pastel body colors are available with the iPhone 5c: White, pink, yellow, blue, and green.

iPhone 5c Features
Apple's iPhone 5c is available now in green, blue, yellow, red, or white (along with a variety of colored cases and other accessories). If you opt for a two-year contract with service providers like AT&T, Sprint, or Verizon, you can pick up a 16GB model for $99, or a 32GB version for $199. Hate contracts? No worries, unlocked at contract-free versions are available for $549 (for 16GB) and $649 (for 32GB).