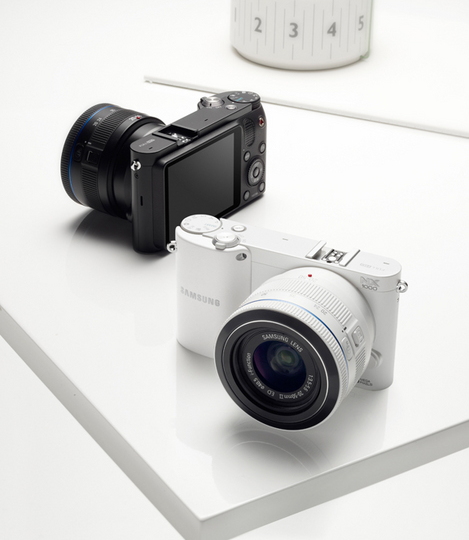 Samsung has just announced three brand new NX System, interchangeable lens cameras for 2012, the NX20, NX210, and NX1000. Despite the NX1000's compact size, it has many of the same performance features as the NX20 and NX210. A huge 20.3 Megapixel CMOS sensor, which will most likely be capable of full HD 1080p movie recording and a host of smart features to make the camera easy to use for photographers of all skill levels.
The big selling feature of the new NX cameras is "In-Built Wifi" functionality, which will allow all three models to back up your pictures over your home wireless network, post your pictures on social networking sites like Facebook, and even display your pictures on internet-connected TVs and Samsung smart phones. Have a look...
Samsung NX1000 Features

Samsung NX1000 is available in white, black, or pink. The MSRP is set at $499 USD, however check out Lowest Price button at the top right of this page for the most current online pricing.
What's in the box?:
Additional Product Views:
You can check out the price of this camera on Adorama by clicking here.