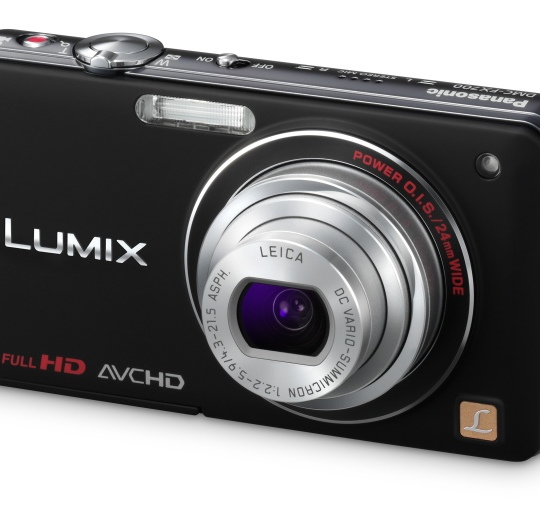 Panasonic's most powerful FX-series camera to date (9/2010), the Panasonic LUMIX DMC-FX700 is a diminutive camera with some very appealing features; many of which it shares with the new DMC-FZ100 and the DMC-FX75. These features include a Live MOS image sensor, AVCHD 1080p high definition video recording, and a 24mm wide-angle 5x optical zoom lens, which allows 213% larger viewing space than a traditional 35mm camera.
The camera uses a 3.0-inch LCD touchscreen, allowing the user to control all camera functions via the graphical touch system (with exception of the zoom lens). The FX700 also has Face Recognition / Detection, their POWER O.I.S. stabilization system and Intelligent Resolution to enhance degradation during digital zooming.
Panasonic LUMIX DMC-FX700 key features include:
The Panasonic LUMIX DMC-FX700 is available in black and silver for a suggested retail price of $399.95 US.