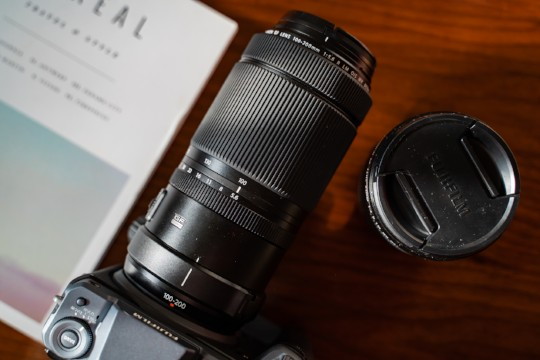 What We Like. Users of Fuji’s medium format line will be happy to hear that the Tokyo-based manufacturer has added another zoom lens to their GF lens line. And, in the short time that we’ve tested and shot with it, it seems to have all the makings of a brilliant lens. For one – and perhaps, most importantly – it yields sharp and clean images, with very minimal aberrations. It also delivers impressive autofocusing skills, especially in good lighting conditions. Fuji couples that excellent performance with 10 points of weather sealing, great image stabilization, a constant aperture and a surprisingly compact form factor for its focal range. Don’t expect a perfect lens, as it does have its limitations, which we will get to next, but it’s still a remarkable addition to the GFX family.

What We’d Change. Probably the biggest thing we’d do here is to give this lens a maximum aperture that’s wider than F/5.6. As it is, it’s a bit too slow for our taste, and it’s a bit too slow if you’re going to use this for sports and wildlife photography. In fact, even with that image stabilization, this was a kind of a pain to shoot with in low light. Plus, it’s not going to give you the creamiest or roundest bokeh. Granted, this would make the lens slightly bigger, but even an F/4 would have been better. We understand Fuji trying to keep the size and weight down though – even as it is now, in its relatively compact state, it already feels like a burden mounted on the Fuji GFX 100.

Pick This Up If… if you shoot with one of the GFX medium format cameras, and you need the versatility of a zoom lens for sports, wildlife, portrait, and landscape photography. 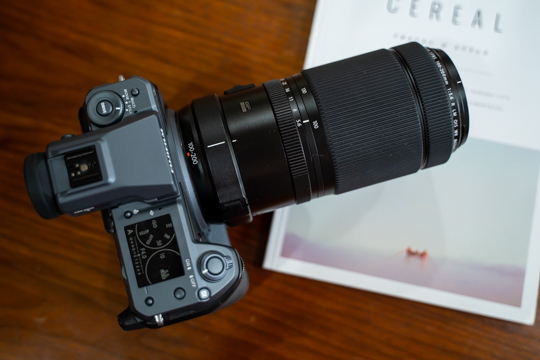 Personally, this reviewer is not as big a fan of longer telephoto lenses as many other photographers, and that’s just because I don’t have a lot of use for them. I don’t shoot sports, and while I adore animals, I don’t really have a lot of patience for wildlife photography. As far as portraits, I prefer 50mm and 85mm lenses for those.

However, I definitely appreciate how vital they are for other photographers, and why Fuji choose a 100-200mm zoom as the latest addition to their GFX roster. And, what an addition it is! 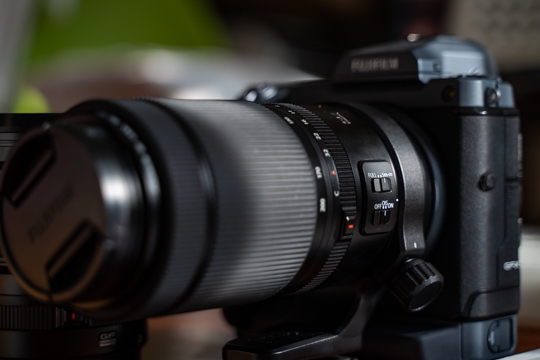 It seems like Fuji has spared no expense or effort in crafting it. As far as first impressions go, this lens is well-made, well-built and well into its way to becoming a favorite among GFX users. It delivers excellent performance and is very versatile as well, so you know that you’re getting quality results. 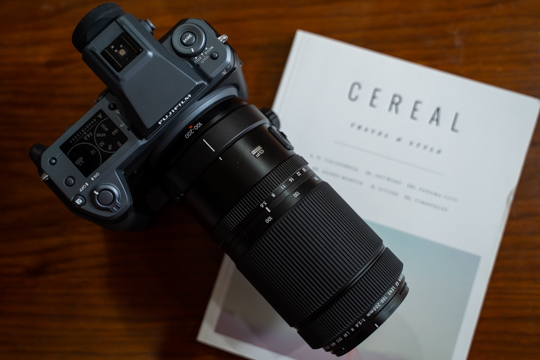 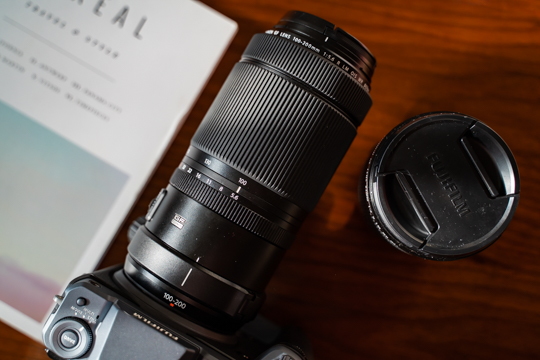 The Fujinon GF 100-200mm F5.6 R LM OIS WR is solid and durable. You won’t doubt that when you get your hands on this tank. Its moving parts – the rings and the switches – as well as its semi-matte metal body, are evidently made of premium quality materials, and they will definitely last you a long while.

That’s on top of the superb weather sealing that Fuji slapped on this lens. Not only is the Fujinon GF 100-200mm F5.6 R LM OIS WR sealed in 10 different spots to keep away dust and moisture, but it’s also designed to operate down to -10°C. This weatherproofing feature makes it perfect for shooting in inclement weather conditions outdoors, which is great news for landscape and wildlife photographers. 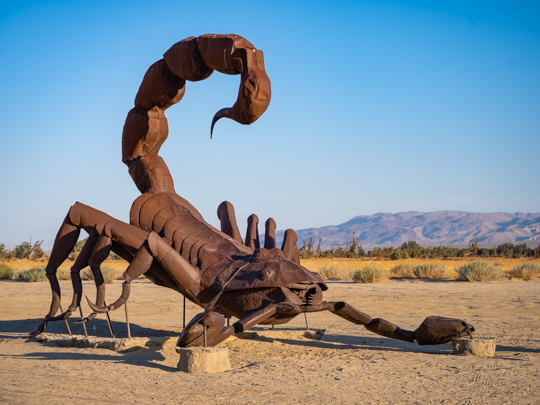 Since we tested this lens in the middle of summer, we weren’t able to properly test just how moisture- and cold-resistant it is. But we were able to test how it fared in extremely hot, dusty conditions in Anza Borrego, a desert state park in San Diego, CA, and we’re happy to say that it performed as expected. 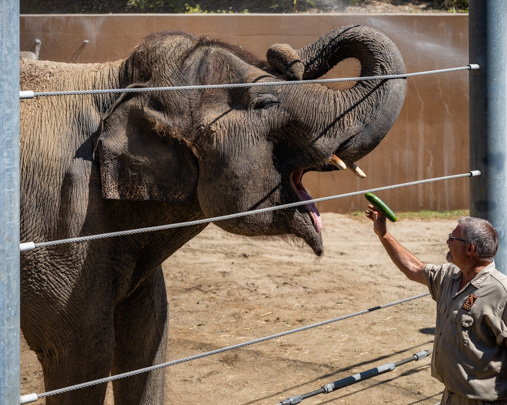 At 7.7 x 3.5 inches, the Fujinon GF 100-200mm F5.6 R LM OIS WR is fairly compact, especially for a telephoto lens of this focal range. Its lens hood adds a sizable 4.25-inch to its length, but it’s still a decently-sized lens that you can easily handle even with small hands.

The issue here is, mounted on the GFX 100, which already weighs 3.08lbs, you’ll be lugging around a setup that’s close to 6.0lbs. That is heavy, and it will feel even heavier if you’re used to mirrorless cameras. That’s something to keep in mind when you plan on backpacking with this thing to access remote areas, or if you have been considering investing in the GFX family. A few hours at the LA Zoo, and this reviewer ended up with wrist soreness that lasted for a couple of days. 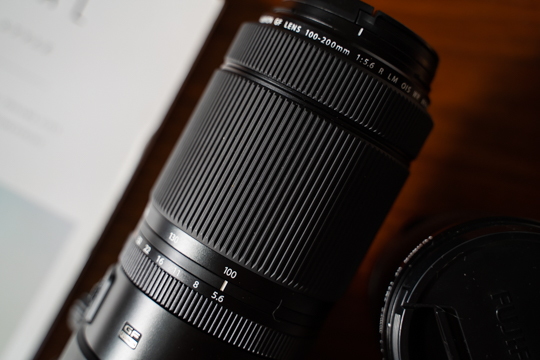 On the upside, everything else on this lens is easy to handle. The “grippable” focus, zoom and aperture rings are easy and smooth to turn, but have enough tension to prevent accidental turns. The focus limiter and optical image stabilization switches are the same. And, of course, for a more balanced mounting on a tripod, the lens comes with its own tripod mount, which doubles as a grip when you’re shooting handheld. 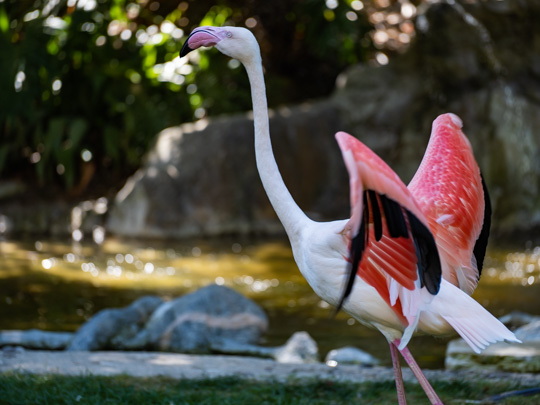 Thanks to the Fujinon GF 100-200mm F5.6 R LM OIS WR’s linear motor drive, its autofocusing is not only quiet and fast, but also incredibly accurate as well. You probably shouldn’t expect it to keep up with super-fast action shots, not with that GFX medium format camera, but it should be able to keep consistent and reliable tracking with moving subjects, as long as they’re not moving too fast or are well-lit. 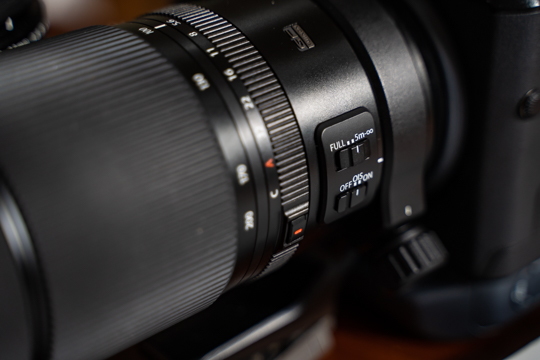 To help keep your shots as tack sharp as possible, Fuji gave this lens that coveted optical image stabilization, which is rated for up to five stops of shake reduction and surprisingly effective in handheld shooting scenarios. 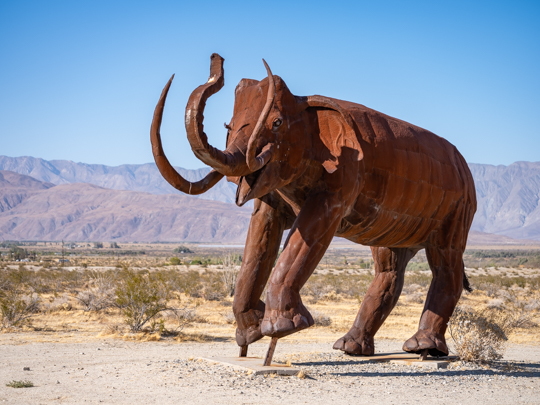 And, with that minimum focusing distance of 1.96 ft at 100mm, you should be able to get incredible portraits without having to put a lot of space between you and your subjects. Just know that at 200mm, you need to be at least 5.24 ft away – this isn’t a big deal if you’re shooting sports and wildlife, but a nuisance if you’re shooting portraits. 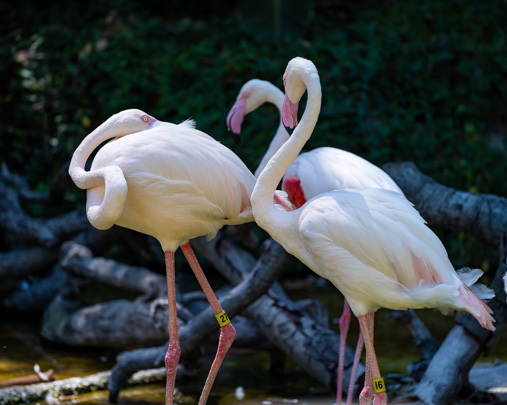 Really though, the one thing we can legitimately complain about with this lens is that it’s got a lot to make up for with its low light performance. Testing this GF 100-200mm and GFX 100 setup in a shadowy alley in the late afternoon, we found that it really struggled with Eye and Face detection, let alone tracking, so much so we had to switch to Focus Point Selection to give it a hand. This is an issue, considering there was still a lot of light left in the day. Plus, it doesn’t help that it’s a slow lens, to begin with, with that F/5.6 maximum aperture. 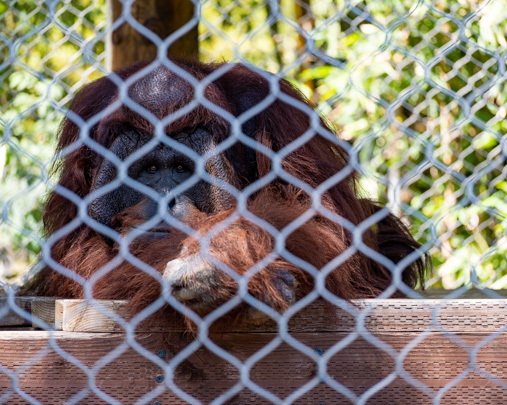 One thing, however, that we would have loved to see here, especially since this is a great lens for shooting wildlife and we tested it shooting animals at the zoo, is Fuji following Sony’s example and giving its cameras that nifty Animal AF technology. Not that it’s absolutely necessary; it’s just a nice little perk that will make shooting wildlife a less involved affair. 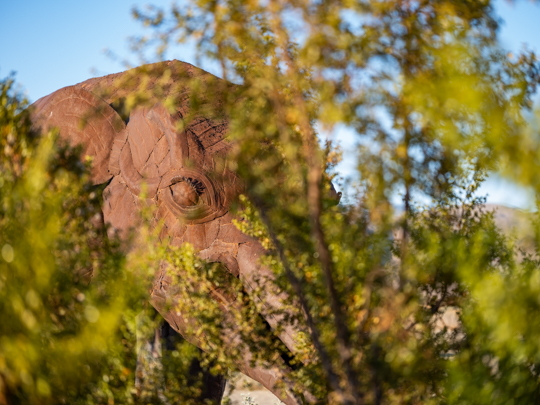 With only an F/5.6 maximum aperture and only 9 rounded blades, you’re never going to get the creamy, buttery bokeh and beautifully rounded bokeh balls that your bokeh dreams are made of. At wide-open, the best you can get out of this lens are fuzzy backgrounds and foregrounds with football-shaped balls, which to be fair, are not exactly bad-looking either. 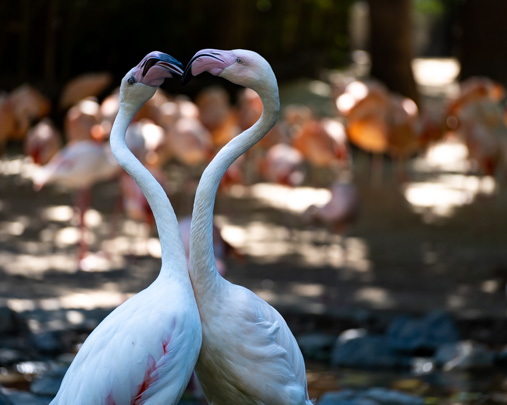 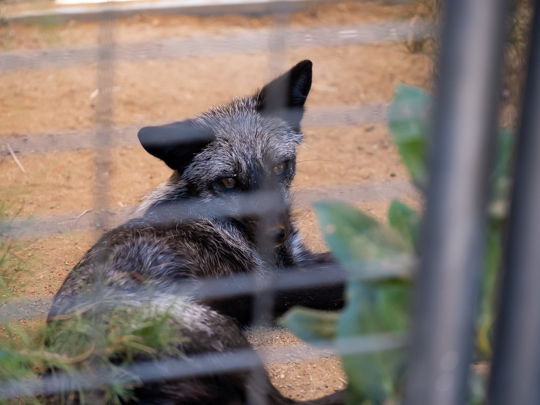 Plus, because of that focal range, you can certainly get more than decent object separation and depth of field with the Fujinon GF 100-200mm F5.6 R LM OIS WR. Despite its bokeh not being the most ideal, you will still manage to get flattering portraits and beautiful wildlife shots with it. 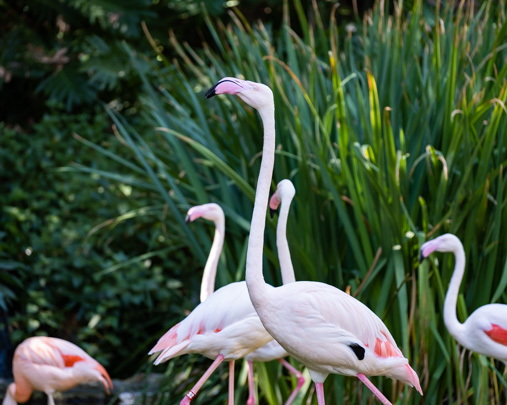 Despite the not so buttery bokeh, the middling low light performance of its autofocusing system and that F/5.6 maximum aperture, you’re still guaranteed to go home with stunning images.

There’s no denying that the Fujinon GF 100-200mm F5.6 R LM OIS WR produces excellent clean image quality with exceptional sharpness and very minimal aberrations. That sharpness is apparent, even at wide-open at its longest focal length – though it’s even more pronounced at F/8 to F/11 for corner and center sharpness. The minimum aperture on this lens is F/32, but you’re better off sticking to F/22, as the sharpness does decrease considerably the narrower you get. 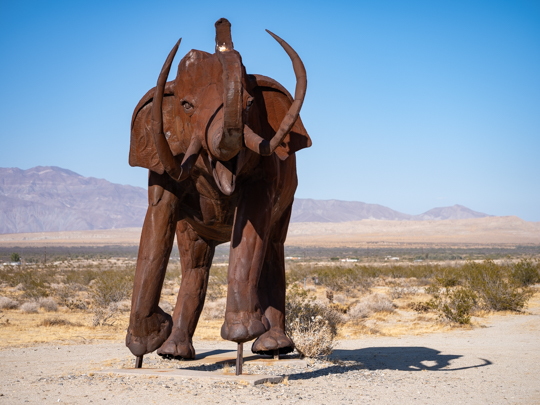 In addition, there’s some vignetting at its wide apertures, but nothing that can’t be fixed in post. The great news here is that we didn’t see any signs of chromatic aberrations at all, which is rare for us. It’s thanks in large part to the two super ED and one aspherical element. And, if you stumble into any at all in your images, we’re confident that it will be so minimal that it’ll be negligible. Of course, this being a telephoto lens, there wasn’t any obvious distortion. 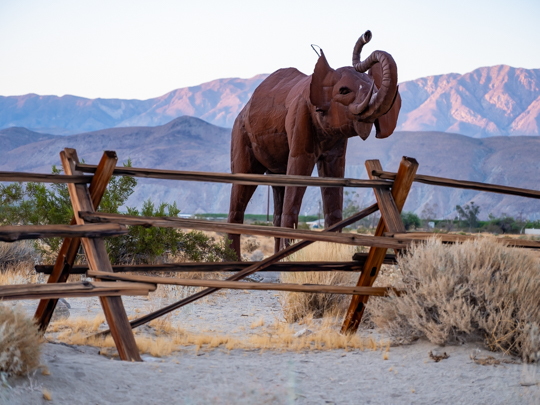 So besides the minimal amounts of vignetting you’ll get when you’re shooting at its widest apertures, there’s really nothing to complain about this lens’ image performance. It more than makes up its shortcomings. 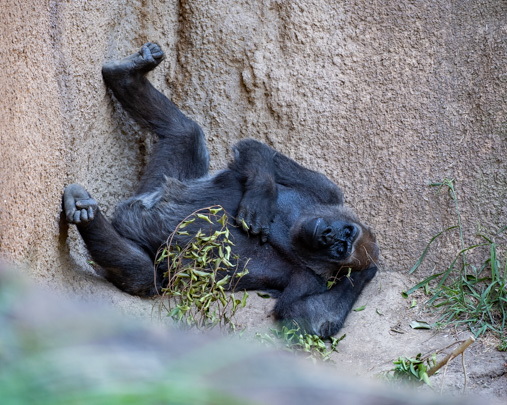 Perhaps in its effort to keep its 100-200mm zoom telephoto lens relatively compact, Fuji had made a compromise that could have possibly been key to a more superior overall performance: that maximum aperture. If Fuji has opted to give the Fujinon GF 100-200mm F5.6 R LM OIS WR a bigger maximum aperture, instead of the F/5.6 it has now, it would have given us creamier bokeh, and it would have been faster for improved low light performance.

Besides that glaring drawback – not to mention the fact that its autofocusing performance in low lighting could be better as well – however, this lens doesn’t fail to impress.

The Fujinon GF 100-200mm F5.6 R LM OIS WR unquestionably makes up for its albeit minimal shortcomings with its remarkable image quality marked by outstanding sharpness and clarity as well as nice color rendition. And, that’s not all. This glass also boasts fast and accurate AF in good lighting conditions, as well as a plethora of features like extensive weather sealing and optical image stabilization.

As we said before, we’re not big users of telephoto lenses such as this one, as we don’t have a lot of use for them in our own photography. However, we’re definitely fans of this lens.

If you’re a GFX medium format shooter, and shoot a lot of wildlife and sports, then this lens is an important addition to your arsenal. If you do a lot of portraits, photojournalism, and landscapes, it’s also worthy of your consideration.