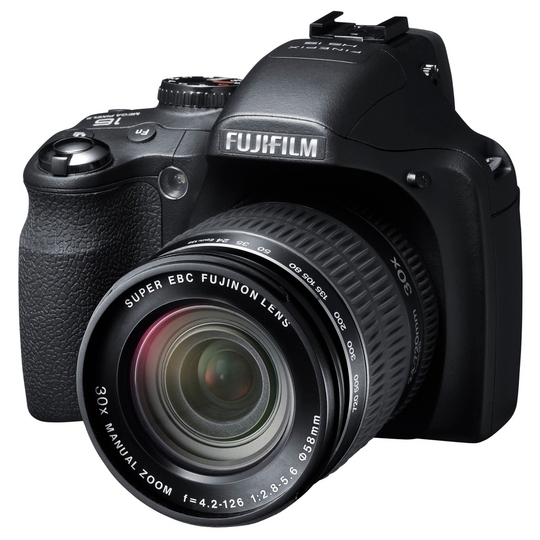 FujiFilm continues to upgrade their popular HS series of FinePix super-zooms, and for the first half of 2012 they've released two new models; the HS30EXR and HS25EXR. Both models carry over several of the awesome features users loved on the HS20EXR from last year; with some obvious upgrades.

The HS25EXR offers a slightly smaller body compared to the HS20EXR and HS30EXR, but most of the core features are the same as the HS30. It still boasts a 16-megapixel (1/2" type) EXR CMOS image sensor and 30x manual optical zoom (24-720mm equivalent zoom range), Dual IS (Sensor-Shift + High ISO), EXR Auto, Motion 360 Panorama, and Full 1080p HD video at 30fps. However, the HS25EXR trades off a few features for a $100 reduction in the price, namely a non-rotating 3.0-inch LCD, a slightly smaller EVF with less resolution, no RAW image format, and the camera runs off of AA batteries instead of a Li-ion pack.